abbey kay & a night at the reno instagrammys 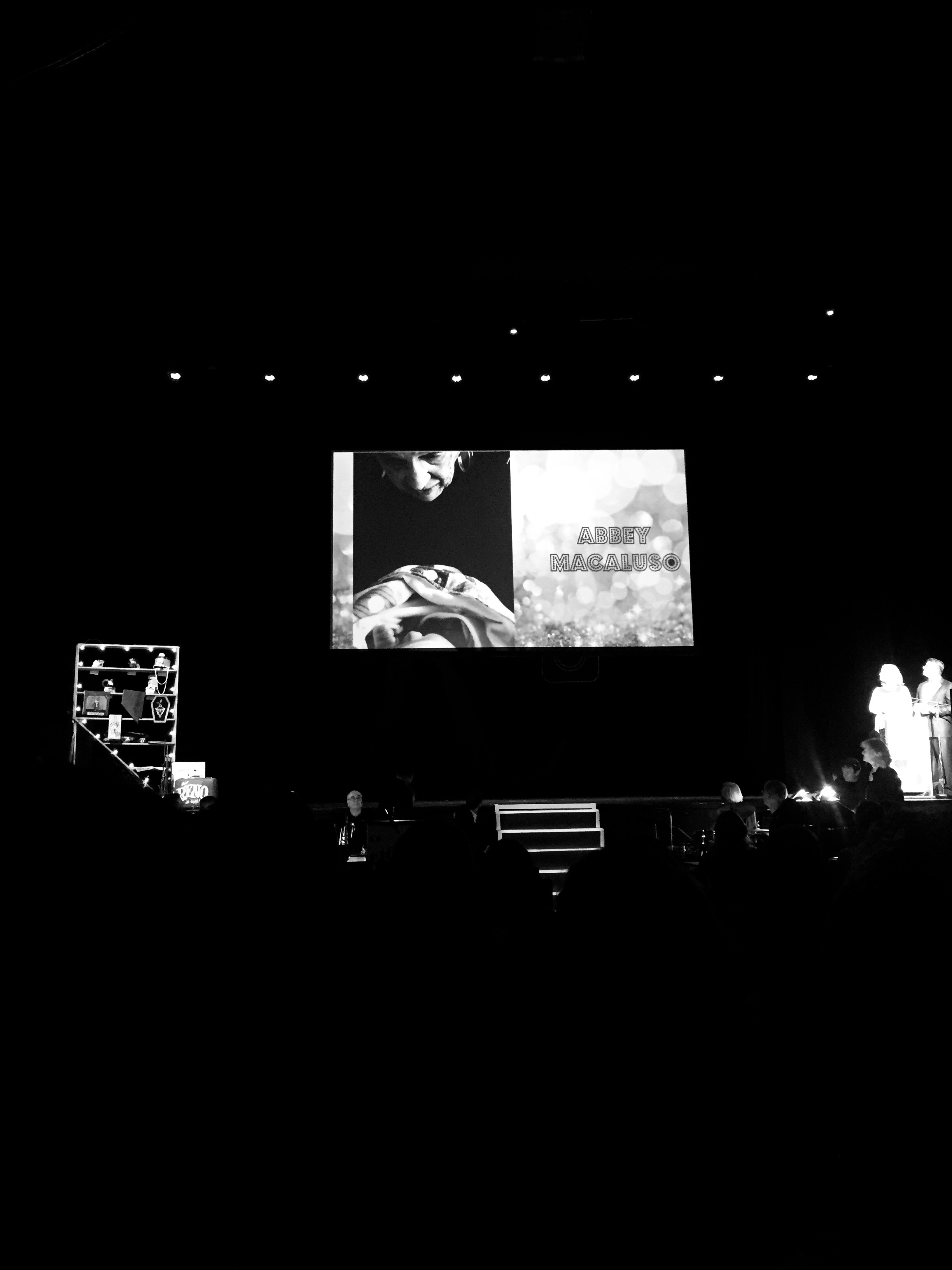 Instagram started a few years back as a simple photo sharing app. I downloaded it a little over five years ago towards the end of high school & it was fun to have a space dedicated to post whatever picture & caption you wanted. Nowadays Instagram is used worldwide by people to share their lives, passions, businesses, ideas, art, families, creativity, & of course, coffee. I have a whole lot of thanks to give to the app as it’s supplied me with so many opportunities over the years. Because of Instagram I’ve worked with companies both large & small, made long distant friends, modeled for businesses, built a blog, branded myself, worked with local artisans & stores, & have seen my creativity flourish & photography skills grow. Instagram is not just an app to me, it’s been a means to life & expressing parts of me I never knew existed.

A few gems in this town recognized the importance of this app & created the Reno Instagrammys three years ago. The Reno Instagrammys is a local award show where you can submit your photos via the app through hashtags to different categories that then get voted on through a judging panel. I had seen a friend of a friend win one before & had contemplated submitting some of my own this year. I had thought my photography had gotten better over the years & that my work wasn’t half bad & thought well maybe I’ll just go ahead & do it. So over the summer during their entry period as I chose pictures to post to Instagram I’d tag the category that it fit best because why not, the least I could do was enter my work. I tagged nature photos, portraits, & maybe some coffee ones too.

Then came the day that the nominees were chosen & announced. I scrolled quickly through the album of nominated photos & didn’t see a single one of mine. Oh well, I thought. It’s not a big deal. But as I scrolled back up through the photos looking at all the amazing shots, there it was, the best photo I personally believe I have ever taken…

Last year on Halloween my grandpa passed away. A few weeks later my brother & his wife gave me the greatest birthday gift I have ever received: a coffee mug with the words “you’re gonna be an auntie” written on one side. I was so excited I cried. But I was still so heartbroken over my grandpa’s death that I didn’t know how to be happy while I was sad. I spent the entire year mourning my grandpa while trying to be excited to add another memeber to our family. I was so torn. But then, she was born.

The day that my niece entered the world all I did was capture images of her loved ones meeting her for the first time. If I was present when someone held her, I took a picture. I took so many photos that day filled with so much happiness. I took photos of my grandma meeting her great-granddaughter for the first time, something that my grandpa wouldn’t physically be able to do. I took the photo that captured old & new, that captured generation to generation. I took the photo that to me, represented my grandpa somehow getting to meet my niece too. I took the photo that was selected as a family portrait nominee in the third annual Reno Instagrammys.

I had wanted to share this photo so badly on Instagram, but the dimension of Instagram photo sharing would mean I’d have to crop the image & lose some of it’s depth & qaulity. But when #worldphotoday rolled around this summer I decided to bear the loss & post it anyway talking about how I never knew I could be as good at something as I somehow happened to sometimes be at photography. I talked about the emotional essence this photo made one feel when looking at it. I talked about Instagram being more than a place to become popular, more than a place just to share perfection, but a place instead to be honest & true. I shared it, my heart, the importance of photos, hastagged it in different Reno Instagrammy categories & didn’t think anything of it again.

When I saw that this photo was amongst many other artful images I literally cried. For them to have picked that photo out of all the ones I entered was truly such an honor. This photo means the world to me. It represents a year of grieving the death of my favorite person in the world. It represents a year of getting to know my grandma more as I walked along side her during the first year of life she’s had to live alone since she was 18 when she married my grandpa. It represents a year of struggling to try & be happy while I was still sad. It represents a single moment in time when life comes full circle, when love washes out sorrow, when a new life brings new kinds of joy. I don’t remember taking this photo, but there it was amongst all the others that I had taken that day & it said everything I felt throughout this past year without saying a single word.

I had wanted to take my grandma & my niece to the Reno Instagrammys award show, but unfortunately it was past both of their bed times. So I took my brother, the father of my niece instead. We got fancied up, swallowed our introverted nerves, & walked slowly, but surely down the Reno red carpet & into the Pioneer Theater downtown & waited for the show to begin. I had told my brother that I had hoped my category wasn’t the first one up so if I did win I wouldn’t have to be the first winner on stage. My category was first & I was shaking in my long laced black dress & pointed flats.

I had never been to this event before so my brother & I had no idea what to expect. But the the night blew us away to say the least. It was so cool to be in a room filled with so many Reno creatives, especially of the photography kind. Artists presented awards, artists made the trophies, artists performed the entertainment & even hosted it. It was a night of art. It was a night I had never dreamed that I, someone who had never taken an “art” class before in her entire life, would be a part of, or let alone be awarded for possibly. The night was a surreal dream.

The show began, the nominees in my category were announced & our pictures were shown. My name was called. My photo of my grandma & niece was on the screen above the stage. I had won. My photo had been selected as top four out of a few hundred entries, & it was selected as best. I shed a few tears walking to the stage. I was handed a trophy in the form of a quilt with the phrase “#clique” on it. I barely remember what I said during my acceptance speech because I was nervous & honestly shaking. I know I said a few words about the backstory of the photo & encouraged people to keep taking photos because sometimes you take photos of silly things & sometimes you get images like the one I had captured. I remember leaving the stage almost forgetting to say thank you & walking off so in awe. I went back to my seat, & enjoyed the rest of the night next to my brother as we laughed & admired the art & community we live in. It all felt too unbelievable to be true. I couldn’t believe that something I had done that meant so much to me was being seen by others who could appreciate it too. My cousin told me that my grandpa would be so proud, & though I don’t think he’d fully understand it if he were here & I tried to explain it to him, I know that he would be too.

Thank you so much Reno Instagrammys & The Holland Project for being a hub in this community where artists can exist, thrive, & be recognized. I truly mean it when I say I that am honored to have had my photo nominated & even more so grateful that it won. I could never put it into the right words to express what it honestly means to me. Thank you, so, so much.

Keep taking photos. Keep capturing moments. You’re not missing out on life by having your camera out, you’re getting to witness it up close & personally by being in the middle of the rawness of emotion that humans, & sometimes nature emit. 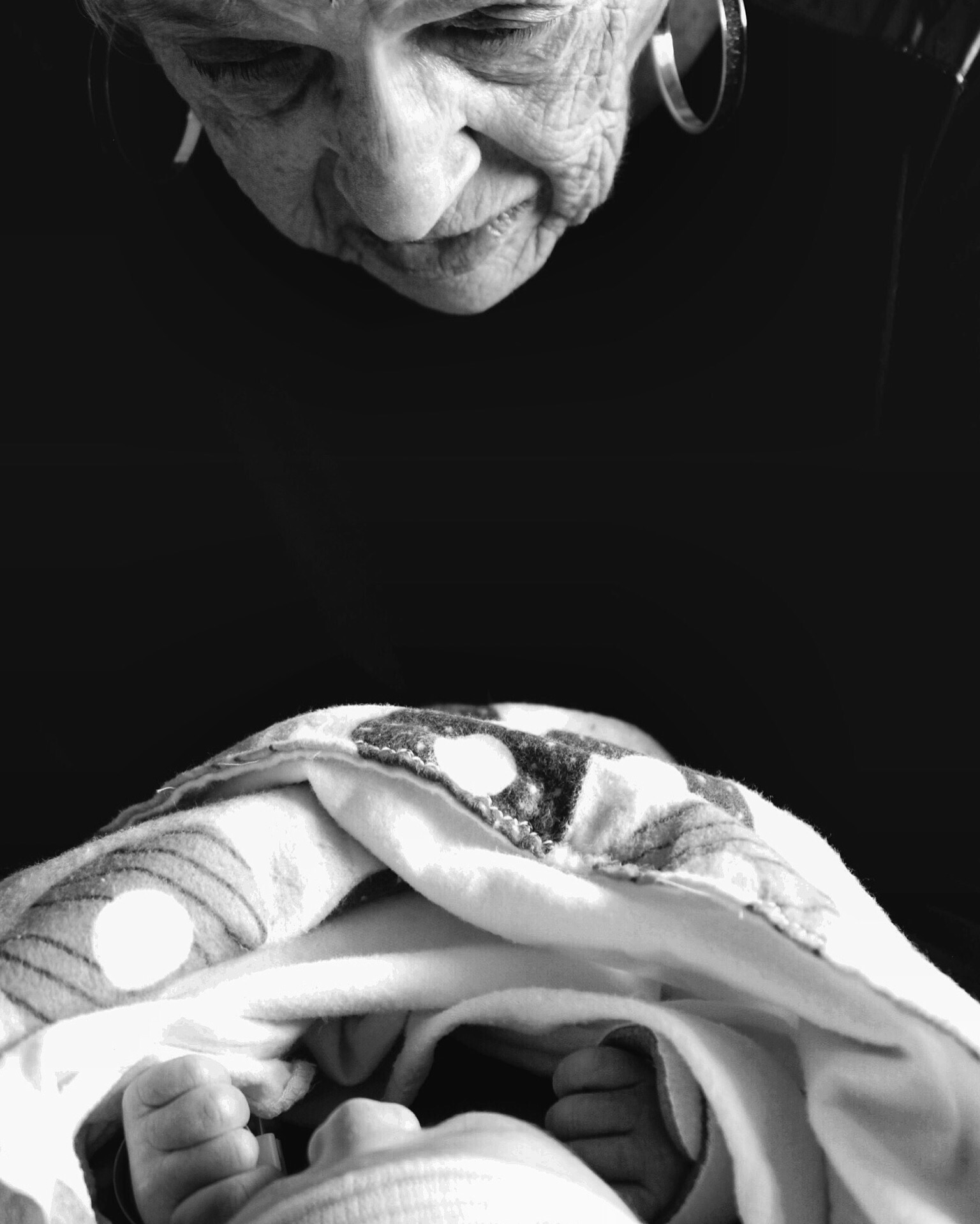 Take a look below for a quick overview of the night in photos! 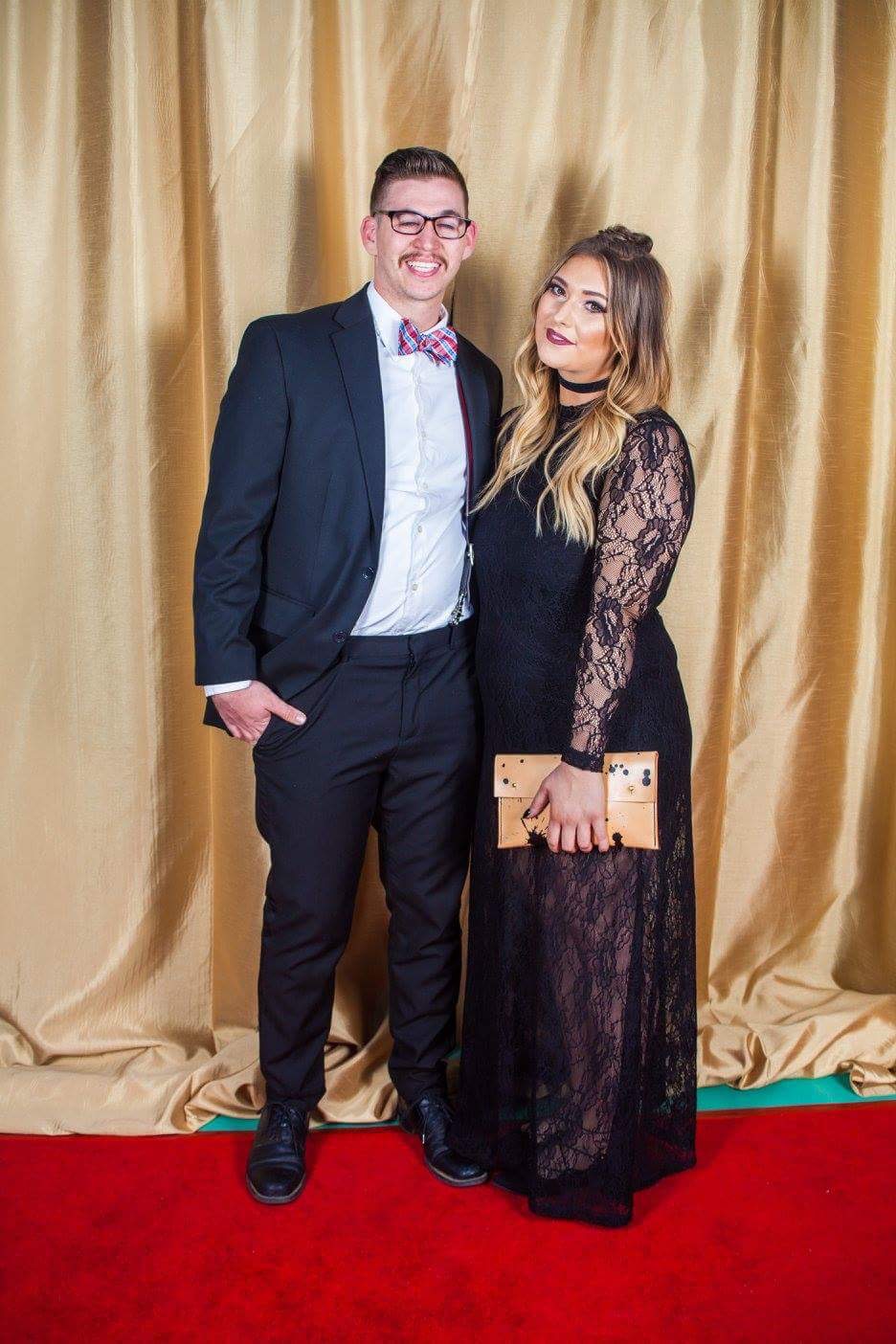 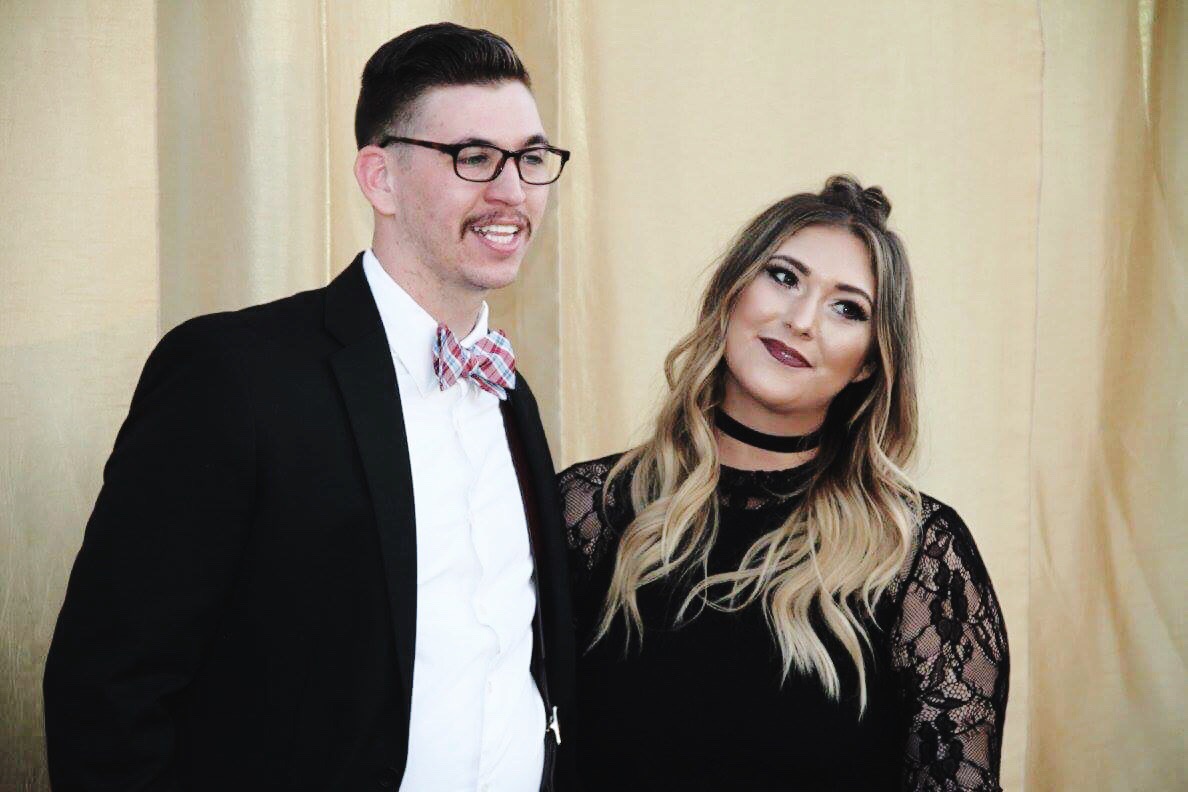 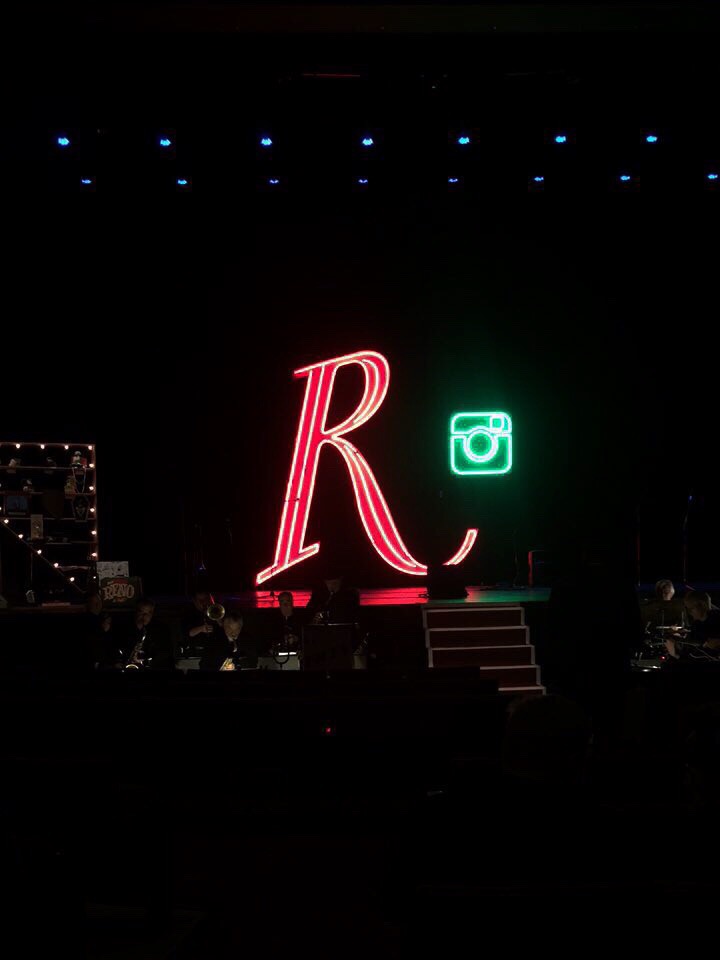 2 responses to “abbey kay & a night at the reno instagrammys”