so worth loving & abbey kay 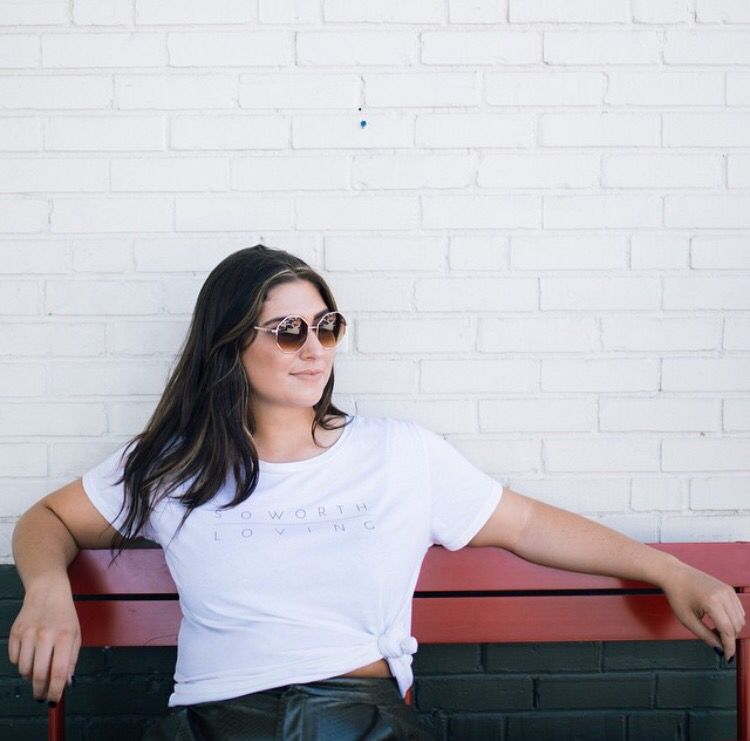 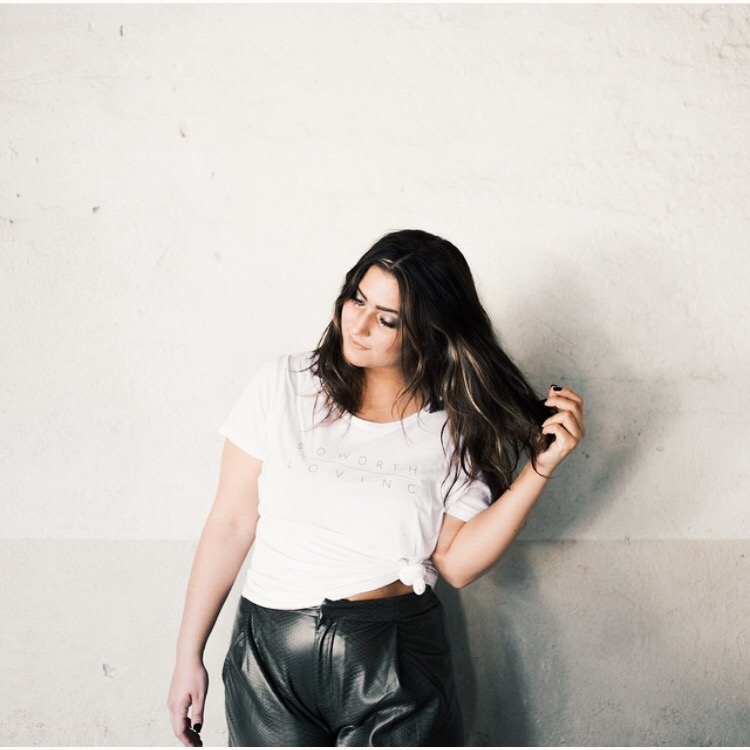 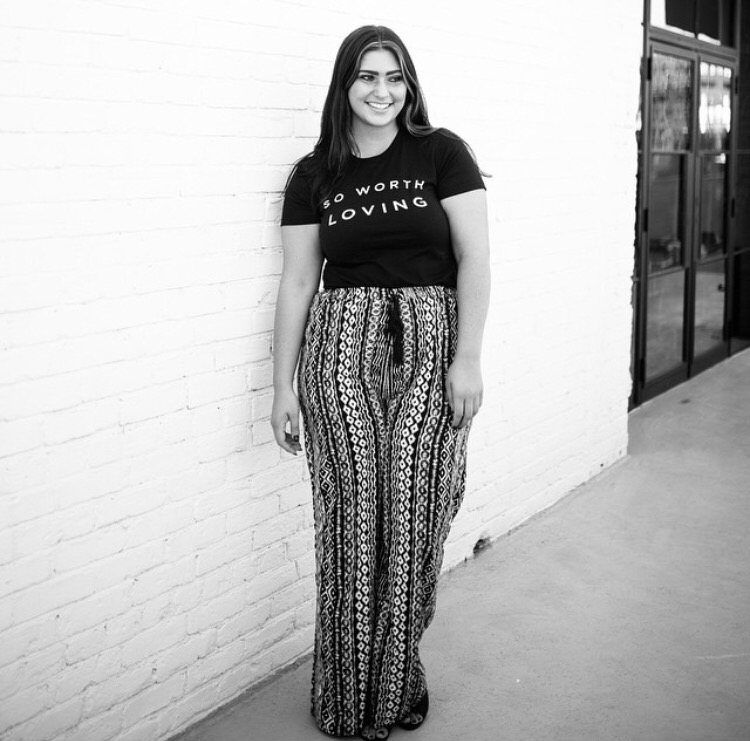 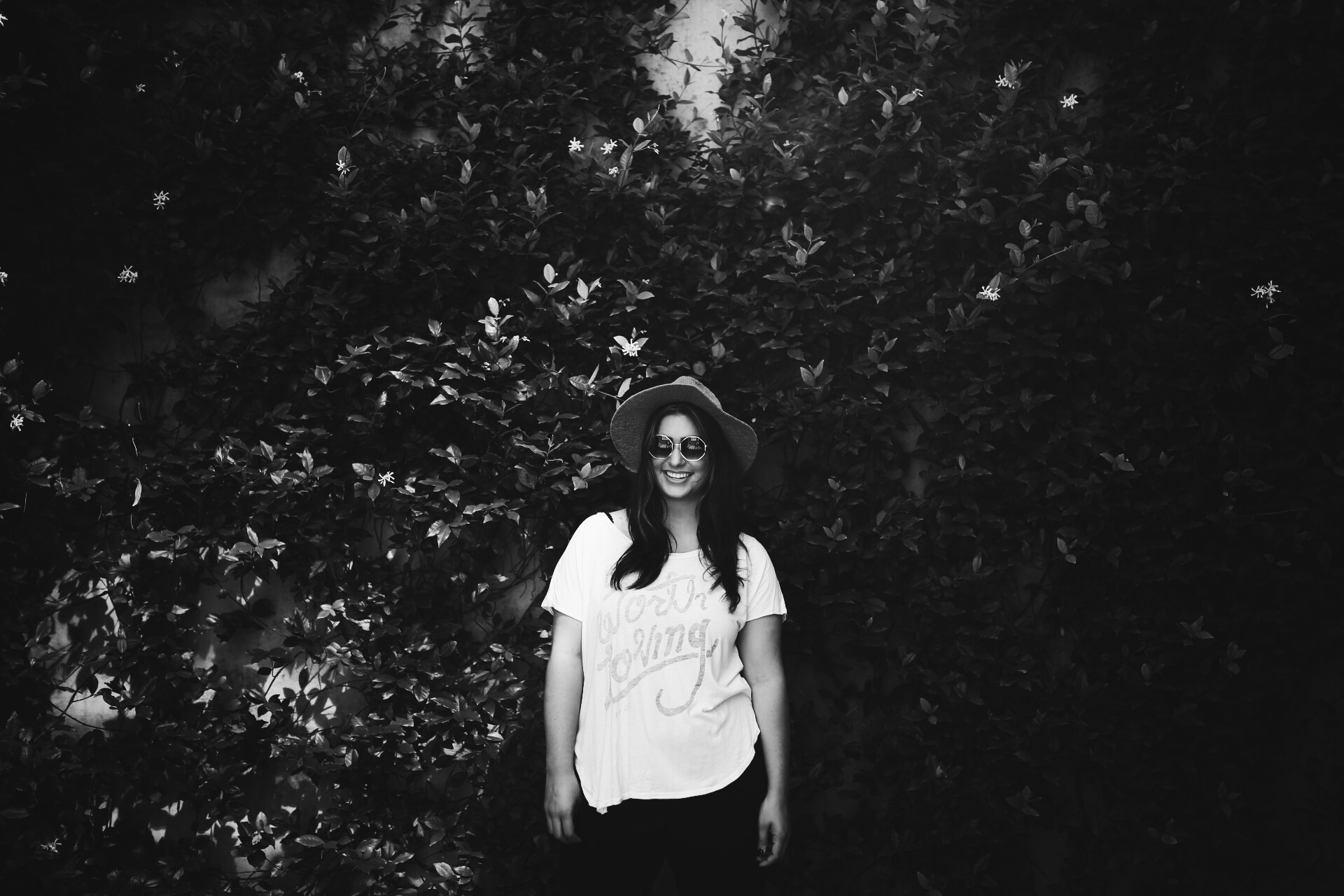 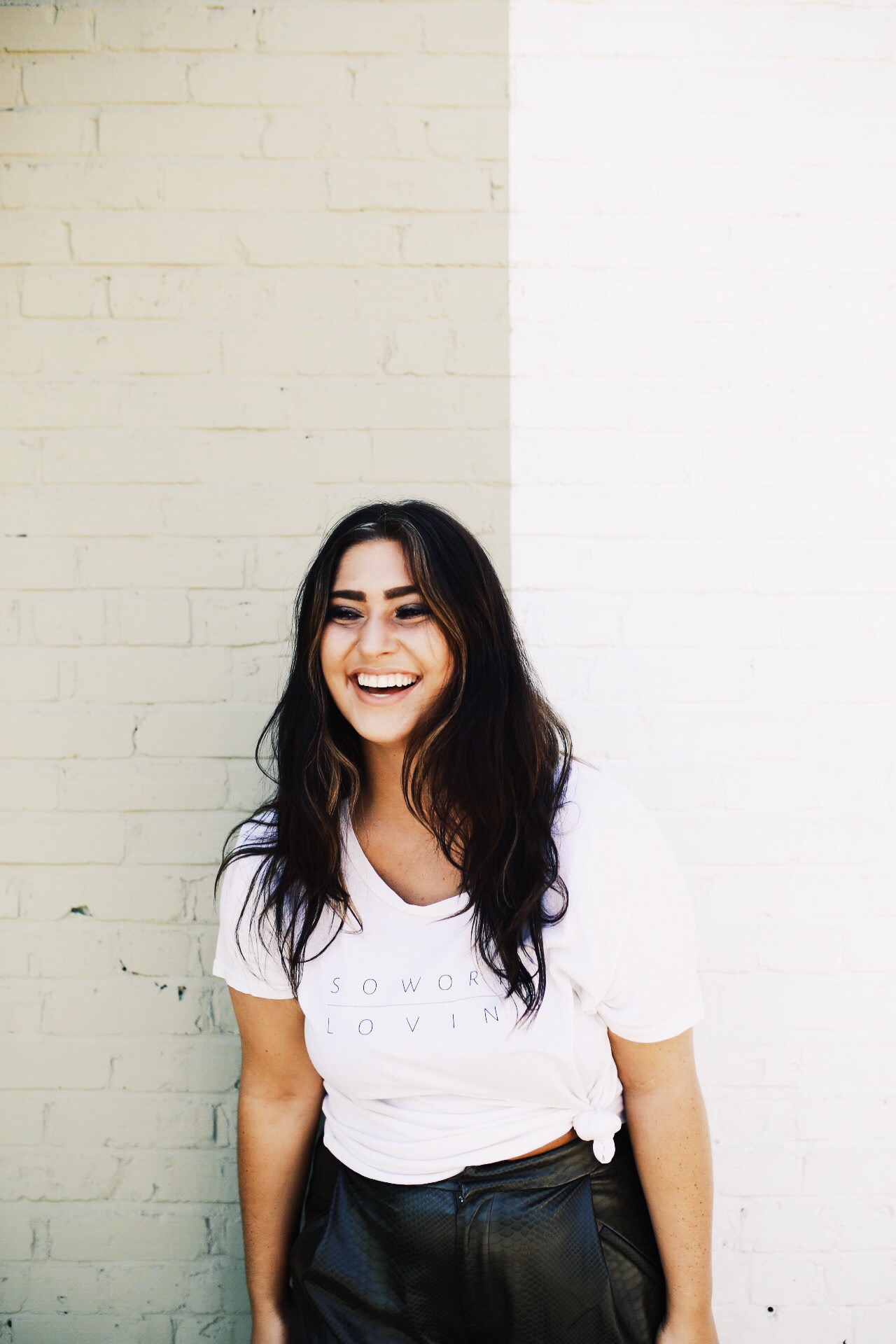 Have you ever had an out of body experience? Okay, I’m not talking the super creepy floating spirit kind. I’m just saying like the kind where you can’t believe something is actually happening to you because the situation is just too good to be true. Well, I experienced something like that during my trip to Georgia at the beginning of the month & it was so wicked that I must share from the start.

I grew up going to Georgia as a kid every summer & it was some of the best times of my life. Flash forward to adulthood & I try & go whenever I can. Christmas two years ago was the last time I had been back, & while being there I still kept up with my blog & daily outfits on Instagram. I always hashtag my location so the #atl & #atlanta tag became frequent & I somehow stumbled upon a company who was having a sweatshirt sale & I’m a sucker for a deal, so I followed them. Little did I know that this rad company was called So Worth Loving & that we’d come to grow a cross country relationship via Instagram all through purchasing tees & posting pictures. Say what you will about the Internet, but it can create some massively cool communities.

Over the past year & a half, I’ve come to know the ladies & the owner behind SWL via tiny square pictures. We followed alongside each other’s personal & business life & started to know bits of the others stories. I always joked how random it was that they all lived in the one city that I loved & went to often & that the next time I came down for a visit we’d all have to meet! None us knew that that time would be so soon.

Prior to leaving for my trip the SWL team had been posting about an off the grid instameet they were hosting where they invited people to get off their phones & meet one another. It was by complete random chance that the event was the day after I flew in & I was so excited to get to join in & meet these people I had felt like I had already known for so long. Now, if you know me though, then you know how hard it is for me to try new things even in my own familiar city & I was willing to do this, completely alone, by myself in a town where I virtually knew no one going to the event. Yikes! Talk about anxiety. I had it & little bursts of panic attacks throughtout that entire day. I was so nervous, I really was. But I’m so glad I did it. I met the entire team & they were just as excited to finally meet me as I was to meet them. I met an awesome graphic designer & her sweet husband who asked me all about the west, & we became instant friends. It started off my trip on a high & fortunately it ended that way too. The team asked me to model some of their tees for them & I of course could not say no, what an opportunity! But the thought of it made me nervous too.

You might think that since I blog about fashion & “model” all the time that I’d be a pro at it by now. But what most of you don’t know is that half the time it’s just my dad taking pictures of me in some random neighborhood or behind an abandoned building with no body around. I’ve never shot with a professional photographer or let alone an actual company. Like, what! Dream come true. Foreworks moment. I’ve made it! Just kidding, but I was nervous & the gals made me feel great regardless.

So what even is So Worth Loving, you ask? Well I got the entire scoop from owner & creator, Eryn Eddy. She used to be a musician & her lyrics were ones that helped you on all your bad days, but she wanted to do more. So on her blog she told people that if they mailed her their t-shirt then she would spray paint “so worth loving” on them & mail them back. The idea grew bigger & bigger from there & just four years later, she is making a bigger difference than she ever set it out to be. She & her team post encouraging quotes, stories, experiences, reminders & more to let people know that they are worthy of love. They reach people who think they don’t matter. They bring people up when they are feeling down. They’re showing people why they deserve love & why they are worth it. They are making a difference in the world where people are constantly facing bullying, darkness, depression, lonliness, & devalue. They are showing people love.

I showed up to the SWL headquarters on Friday morning just hours before my flight to head home. It was located in a cool hipster-vibe part of town & under a business called Foster ATL, where businesses can rent space to work & be creative. (So inspiring & aesthetically pleasing. Just sayin!) Eryn & Michaella, the photographer of the company, greeted me with the warmest smiles & conversation. They both are seriously the cutest & nicest people ever. They’ll never know how unconfident I was feeling that day though. So many things were already going wrong in my head: I had stayed up too late so I had puffy eyes, my make-up didn’t look it’s best because it was early in the morning, I  had let my hair air dry which left it being naturally wavy & completely different than my usual go-to straight hair look, & as silly as this last one is, I knew I had gained weight eatting “vacation food” & wasn’t feeling my best body-wise. Oh! And as the shoot started, I began having symptoms of a cold which led to the worst plane ride home of my entire life! But my insecurities began to take the back seat because what I was living seemed so surreal.

They drove me over to the Westside of Atlanta, a place they said they hardly ever went. They joked about it the way us locals joke abut Sparks & Reno being nemesises. I loved their ability to make you feel like you were just hanging out with some life long friends. The location was beautiful with it’s brick buildings & blue skies. It’s a place I would totally love to go back to hang around for a bit. We shot three separate looks & did so in many locations. They somehow got me to do my real natural laugh & smile, the one that I hate, which they absolutely loved. I’m the worst at warming up to new people for the first time. But the second time, I’m a firecracker & hold nothing back. So in all honesty, I wish I had just done so instead of being so stiff. But of course, they’re a self-worth promoting brand so it was all sorts of encouragement & compliments from start to finish & they succeeded in making me feel good about myself. Michaella is an amazing photographer & she captured the truly beautiful me, not the one who I edit for the world to see.

On the drive back we opened up & I got to talk Jesus with the girls. Yay, my favorite topic! We talked community & our true need for it. We talked love & the way Jesus would want us to show it. We talked dreams & how God put’s us in places we never thought we’d go. They had me listen to their team’s pep song called Cheerleader & it’s really the best song ever. For a few hours that morning, I got to connect with people who are just like me. Creative types who love Jesus & people & just want to show that through the talents He’s given us. My heart gets so full by moments like these that I often question what I should actually be doing next with my life so that I can just always be feeling this way. I loved every moment with the So Worth Loving team & truly know what they mean when they call themselves a family. This day was like a dream & I keep living it over & over again in my head.

They asked me to write a short post on what the term “So Worth Loving” means to me. The words I wrote are pretty vulnerable & raw & you can read them by visiting their blog, or clicking here. It was such an amazing thing to not only model tees for them, but to write words of honesty & encouragement for all their followers to read.
Thank you so much for this amazing experience Eryn, Michaella & the rest of the So Worth Loving family. As small as this day was, it is something that I’ll forever cherish. You guys rock & are doing BIG important things. Keep it up, & keep spreading love.
— abbey kay

abbey kay, fashion, love, self worth, so worth loving, spread love, style

One response to “so worth loving & abbey kay ”